A beginner’s guide to animations in Flutter 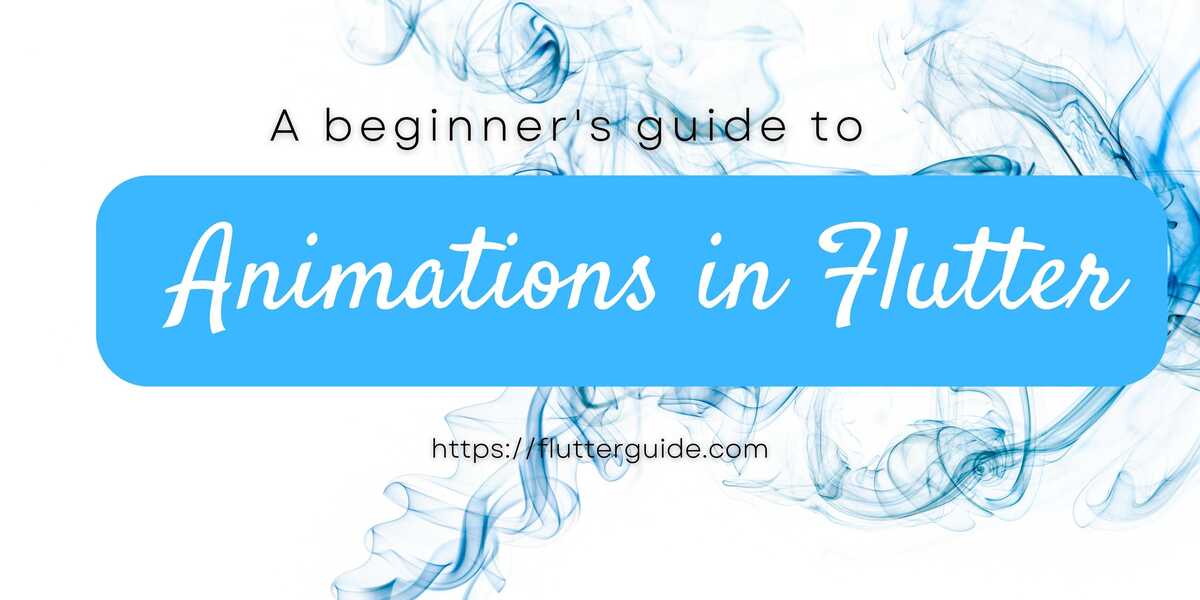 Related guide: How To Implement Onboarding Screen PageView In Flutter

What Are Animations in Flutter?

Animations are a way to introduce movement and interactivity to your app. When something changes on the screen, an animation can help make that change feel more natural.

AnimationBuilder is a type of animation you can use in Flutter. It’s a wrapper around the Animated class, and it provides a fluent API for creating animations.

An AnimationBuilder can be created by passing in an animated value, such as an Int or Float, to the constructor. Once created, you can specify different values for properties like duration or easing to create various effects. You can also combine multiple animations together using the builder’s “set” method. Here’s an example:

TweenedAnimation ids are created with three parameters: the animation builder, the CurvedAnimation ids for the start and end point of the tween, and an optional duration.

When executing a TweenedAnimation at any time t, you can think of it as interpolating to ÂAnimations Âw(t) and f(t) (where w(0) = f (0)) over time by using equations:

*For interpolating w to f:

*For reversing an animation:

Animations are a great way to add motion to your app. They are easy to use and can be as simple as a FadeTransition, or as complex as a CurvedAnimation.

This Beginner’s guide helped you learn the basics of animations and how to use AnimationBuilder and Tween Animation. You also learned how to use CurvedAnimation. Also read on Flutter Guide: Lottie Animations in Flutter