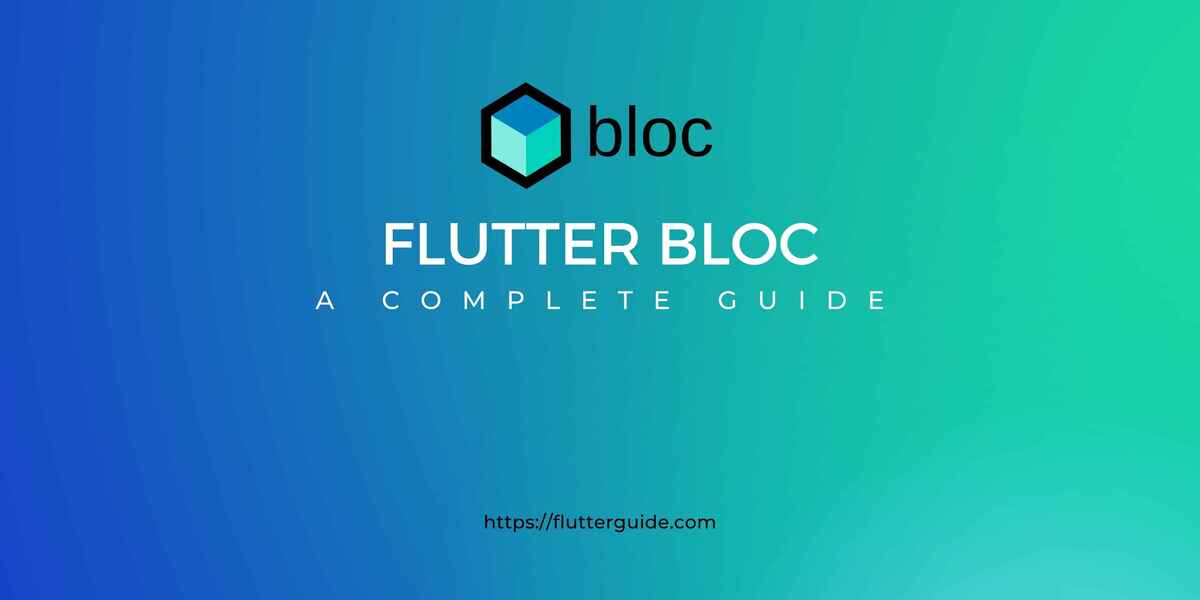 In this guide, we will learn a complete guide Bloc as state management in a flutter. When building an application, Flutter is the easiest and most powerful framework. But building an application without any strong architecture is like building a house without any planning and blueprints. We won’t understand the uses of architecture when building small applications. when it comes to building a big production level application where you have many screens, animations, methods, classes, etc, without any proper architecture you will end up in a state where everything is messed up and you don’t know how all the components, classes, methods are communicating and functioning. So it is very necessary to maintain the code to make code more readable and testable, and easily trackable when designing and developing this kind of big application. There are many different packages available, and all have their own way to handle application states.

In this article, we are going to talk about Bloc and a complete Guide on it. Bloc is not just state management, but it’s also an architectural design pattern that helps us to build production-level applications.

The above diagram shows how the data flow from UI to the Data layer and vice versa. BLOC will never have any reference for the Widgets on the UI Screen. The UI screen will only observe changes coming from the BLOC class.

The Bloc is distinguished into four layers.

All the component(Widgets) of the app which is visible to the user is defined here.

It acts as a middle man between UI and Data layer.

This layer has further two parts. Repository and Data Provider.

This layer contains one or more than one Data providers.

Two important terms that we need to understand: Event and State.

State: The UI will update according to  State what was received from the Bloc. For example, there could be different kinds of states:

How does it work?

When you use flutter bloc you are going to create events to trigger the interactions with the app and then the bloc in charge is going to emit the requested data with a state, in a real example it will be like that:

1- The user clicks on a button to get a list of games.

2- The event is triggered and it informed to the bloc that the user wants a list of games.

3- The bloc is going to request this data ( from a repository for example, which is in charge of connecting to the API to get the data).

4- When the bloc has the data it will determine if the data is a Success or is Error, and then it’s going to emit a state.

Before we dive into implementation VS Code has a very handy extension for Bloc which is named a bloc. Make sure we have installed it.

2: Go to pubspec.yaml and add flutter_bloc packages inside dependencies

After clicking on this, the dialog will pop up for giving the name to the bloc. Give the name and press Enter.

Now If we see in the lib directory the folder named bloc is created and it has 3 different files – counter_bloc, counter_event, and counter_state

The counter_bloc.dart class is a bridge between our UI and the Data class, In other words, this class will handle all the Events triggered by the User and sends the relevant State back to the UI.

It provides us a MultiBlocProvider widget that takes a List of Bloc and provides it to its children. Let me demonstrate

As the name suggests, it provides multiple repositories. example: